Kathakali
Kathakali is said to be the greatest and complex of all art forms. It is said to have evolved from other performing arts like Kootiyattam, Krishnanattam and Kalarippayattu. Kerala owes its transnational fame to this nearly 300 years old classical dance form which combines facets of ballet, opera, masque and the pantomime. Kathakali explicates ideas and stories from the Indian epics and Puranas.

Koothu
Koothu is a solo narrative performance interspersed with mime and comic interludes. It is a socio-religious art performed in the Koothambalam or the Koothuthara of temples, either independently or as part of Kootiyattam. Through the inimitable narration of stories from the epics (The Ramayana and The Mahabharatha), the Chakkiar satirises the manners and customs of the time. His wit ranges from innocent mockery to veiled innuendoes, barbed pun and pungent invectives. Koothu is intermittently accompanied by the percussion instrument Mizhavu.
Nangyar Koothu is a variation of the Koothu performed by the Nangiars or the female members of the Chakkiar community. This is a solo dance drama mainly centred on the legends of Sree Krishna.

Margomkali
The Syrian Christians of Kerala usually perform Margomkali. A dozen dancers sing and dance around a lighted lamp (Nilavilakku) in the simple traditional white dhoti. The narration is stark without musical accompaniments. The songs date back to a period much before the Portuguese invasion. Nowadays, women perform Margomkali only as a stage item.

Chavittunatakom
Chavittunadakam is a Christian art form of Kerala evolved at the turn of the 16th Century AD during the Portuguese colonization and bears definite traces of the European Christian Miracle Play. It is a musical drama in which the actors wear Greco-Roman costumes and even the stage props bear several foreign influences. In the past, the Chavittunatakom was performed on open stages, though sometimes the interior of a church was also a venue. The language is a colloquial mix of Tamil and Malayalam.

Oppana
Oppana is a traditional dance form of the Malabar Muslims. It is a part of the wedding entertainment and festivities. Maidens and young female relatives sing and dance around the bride, clapping their hands on the eve of the marriage. The themes are often teasing comments and innuendoes about the bride’s anticipated nuptial bliss. Oppana is often presented as a stage item today.

Krishnanattom
Krishnatotom is a traditional art form of Kerala. It is a treat to watch for both the scholar and the simple rustic. The performance lasts for eight days and covers the whole span of Krishna’s life from his birth to ‘Swargarohanam’ or ascension to the heavens.

Mohiniyattom
Mohiniyattom, said to be poetry in motion, is the classical dance form of Kerala with slow, graceful, swaying movements of the body and limbs and highly emotive eye and hand gestures. It is the sinuous dance of the enchantress. Mohiniyattom was performed by the Devadasis or temple dancers, hence also the name ‘Dasiattam’ which was very popular during the Chera reign from 9th to 12th century.

Thiruvathirakali
Thiruvathirakali is a dance performed by women, in order to attain everlasting marital bliss, on Thiruvathira day in the Malayalam month of Dhanu (December- January). The dance is a celebration of marital fidelity and the female energy, for this is what brought Kamadeva (the god of love) back to life after he was reduced to ashes by the ire of Lord Siva. The sinuous movements executed by a group of dancers around a nilavilakku, embody ‘lasya’ or the amorous charm and grace of the feminine. The dance follows a circular, pirouetting pattern accompanied by clapping of the hands and singing. Today, Thiruvathirakali has become a popular dance form for all seasons.

Kolkkali
Kolkkali is a folk art mainly of the agrarian classes. It is highly rhythmic and never miss a beat. In Malabar, Kolkkali is more popular among Muslim men.

Thullal
Thullal, also known as the poor man’s kathakali, was introduced by Kunchan Nambiar in the 18th century. Thullal is a solo performance combining the dance and recitation of stories in verse. Staged during temple festivals, the performer explicates the verses through expressive gestures. The themes are based on mythology.

Kutiyattam
Kutiyattam literally means “acting together” was evolved in the 9th century AD based on Bharatha’s ‘Natyasasthra’. This is the earliest classical dramatic art form of Kerala. Kutiyattam is enacted inside the temple theatre; there are two or more characters onstage at the same time, with the Chakkiars providing the male cast and the Nangiars playing the female roles. The Nangiars beat the cymbals and recite verses in Sanskrit, while in the background Nambiars play the Mizhavu, a large copper drum.

Theyyam
Theyyam also known as Kaliyattam, it is a ritual dance popular in north Kerala or the erstwhile Kolathunadu. Theyyam incorporates dance, mime and music and enshrines the rudiments of ancient tribal cultures which attached great importance to the worship of heroes and the spirits of ancestors. Of the over 400 Theyyams performed, the most spectacular ones are those of Raktha Chamundi, Kari Chamundi, Muchilottu Bhagavathi, Wayanadu Kulaveni, Gulikan and Pottan. These are performed in front of shrines, sans stage or curtains, by persons belonging to the Vannan, Malayan and other related castes.’Thudangal’ (the beginning) and ‘Thottam’ (the invocation) are the introductory rituals of the Theyyam or the Thira, as it is known in south Malabar. The headgear and other ornamental decorations are spectacular in sheer size and appearance. Karivalloor, Nileswaram, Kurumathoor, Parassini, Cherukunnu, Ezhom and Kunnathoorpadi in north Malabar are places where Theyyams are performed annually from December to April.

Patayani
Patayani is a week- long ritual dance, held in Kaali temples on the banks of the Pamba river during the Malayalam months of Meenam and Medam (March – April). Kadammanitta, Kadalimangalam and Othara in Pathanamthitta district are famous for annual Patayani performances.

Arjuna Nritham
Arjuna nritham (the dance of Arjuna) is a ritual art performed by men and is prevalent in the Bhagavathy temples of Kerala. Arjuna, the most valiant of the five heroic brothers – the Pandavas – of the epic Mahabharatha, was also a renowned singer and dancer and is said to have propitiated goddess Bhadrakaali by a devotional presentation.

Kummattikkali
Kummattikkali is a mask dance popular in some of the northern districts of Kerala. The dancers, wearing painted wooden masks and sporting sprigs of leaves and grass, go dancing from house to house. A popular Kummatti character is Thalla or the witch; the others represent various Hindu gods and goddesses. The songs deal with devotional themes and are accompanied by a bow like instrument called Ona-villu. No formal training is required to perform the Kummattikkali, and often the spectators join in the performance.

Kavadiyattom
Kavadiyattam, a colourful ritual art, is a votive offering to Sree Subramanya. Basically of Tamil origin, Kavadiyattam is widely prevalent in the Subramanya temples all over Kerala during the festival seasons.

Kalaripayattu
Kalaripayattu the martial art form of Kerala is reagarded as the oldest and more scientific in the world. Training in combat is given at the kalari (training school). The principles of kalari education stipulate that training in martial art begins with an oil massage of the body, which goes on until the body is agile and supple. Kalaripayattu training aims at the ultimate co-ordination of the mind and body. The traditional training in a kalari includes specialization in indigenous medical practice too.

AYURVEDA
Kottayam was the seat of ancient physicians of Kerala Ayurveda – the celebrated Vayaskara and Chirattamon. Today the District has a number of approved Ayurvedic rejuvenation centres. They vary from luxurious resorts of Kumarakom to centres located in remote countryside. 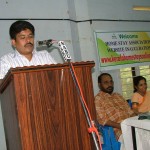 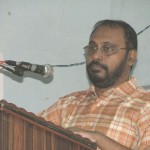 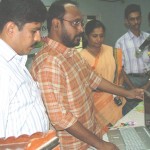 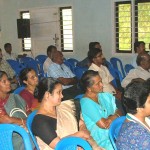