If you want to experience the true typical Kerala rural ambience come to Kudamaloor. This ancient village just a stoneâ€™s throw away from Kottayam town as well as Kumarakom was the citadel ancient Kerala culture. Located on the banks of river Meenachil, Kudamaloor was the headquarters of the Chembakasseri Kings and was one among the sixty four villages of Kerala.

The Valiyamadom Nalukettu stands in the locality where the old palace of the kings once stood. This residence is today inhabited by the royal family. The village has a number of old nalukettus and mansions that survive even to this day. A part of the remains of the fort of the kings still stands near Eraveeswaram Temple in the village. The holes where canons were fixed in the wall and the raised platforms can be seen even today in this fort wall. The Kings had a fleet of naval vessels – the chundan valloms which were anchored at Kottakadavu near the palace.

Kudamaloor was a cradle of traditional Kerala art and architecture. The village has given birth to great Kathakali artists like Kudamaloor Karunakaran Nair. This hamlet still houses a number of artists well versed in Kerrida art forms and folklore. The village has performers of sopanasangeetham, Kalamezhuthu and pattu, mudiyattom, kalaripayattu etc. Devivilasam Kathakali yogam and Sopanam Kalavedi and research centre are two centers that promote Kathakali and other art forms. Moreover, Kudamaloor lies in Aymanam panchayath that was the theme village of Arundhathi Roy’s ‘God of Small Things’.

The village is a land of temples – over ten in number. The Vasudevapuram Temple here has numerous mural paintings. Temples here are known for unique performances like tiyattu, Garudan parava and thookam. The religious harmony of this village is personified by the 800 year old St. Mary’s church that was built by the Hindu King. The ritual offering here is a traditional water bag and rope used to draw water from the well. 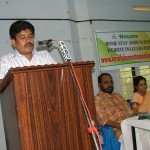 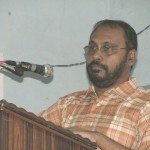 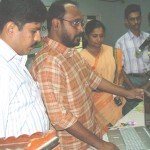 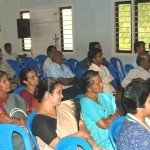